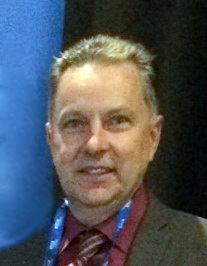 Joël Ross, CRIA, is a certified industrial relations advisor. Accepted in political science at Laval University in 1988, he moved to the BACC program in industrial relations in 1989, and obtained his Bachelor's degree in Industrial Relations en 1991. He was president of his student association at the Cégep de Sept-Îles for 3 years and obtained a DEC in administration science in 1988. After obtaining his BACC in industrial relations. The University of Quebec welcomed Joel to the Bachelor of Business Administration program in 1992, but he did not finish his training, as a started to work with the CSST (1993-1998), Joint Review and Administrative Review Office, and SST Option Inc.

Joël specializes in labour law and is a member of the ORHRI Committee on various professional practice issues on an ad hoc basis. He is a lecturer in labor relations and occupational health and safety, author of various articles in labor relations and health and safety at work (ORHRI newspaper, the workforce). He is also a member of the Canadian Industrial Relations Association. Joël currently practices as a CRIA in his consulting firm and has been litigating in administrative tribunals (TAT, CLP, CRT, CSST, etc.) since 1998.

In addition to his professional practice, Joël had the chance to participate in a parliamentary committee in 2003-2004 with his professional order on the reform of administrative justice in Quebec.

In recognition that the Metis are recognized as Indian under the Daniels decision of the Supreme Court of Canada, we claim the same rights as our brothers and sisters among the First Nations, Inuit and non-status Indians, taking into account the situation of the various Métis communities in Canada.

We claim in the right to:

• Occupation and management of territories;

We want to unite Métis communities in eastern Canada, to convey their demands and to act as a conduit for political transmission to the federal government. We want all Métis to be treated equally in their rights without discrimination and with the greatest respect for their historical contribution to the creation of our country, Canada.