Welcome to our Activity Gallery! We invite our members and treaty partners to submit photos of their community activities and special events. (Max 8 photos per event) The photos must be of good quality and accompanied by a brief description of the event, and the people's permission to have their picture published on our website and Facebook pages.  Email us to set up the transfer of your photos.

On this day of remembrance it was an honour to represent our Metis People in today's' two Remembrance Ceremonies in Ottawa: the first at the National Aboriginal Veterans Monument and the other at the National War Memorial to thank our men and women who served their country, and to honour the memory of those who did not return home. From the bottom of our hearts we say: CHI MIIGWETCH, and we say "Lest we forget." May there never be another war! 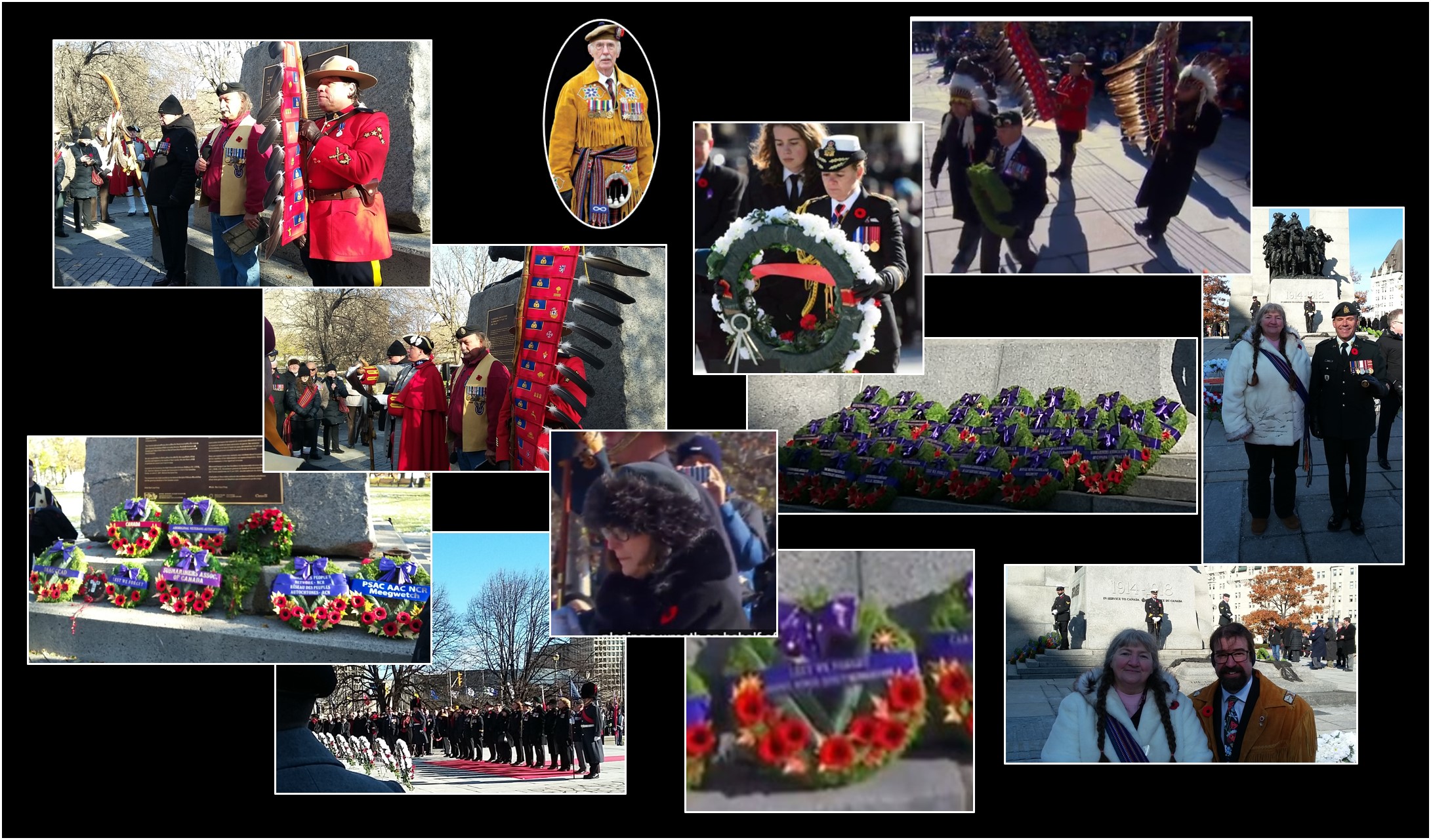 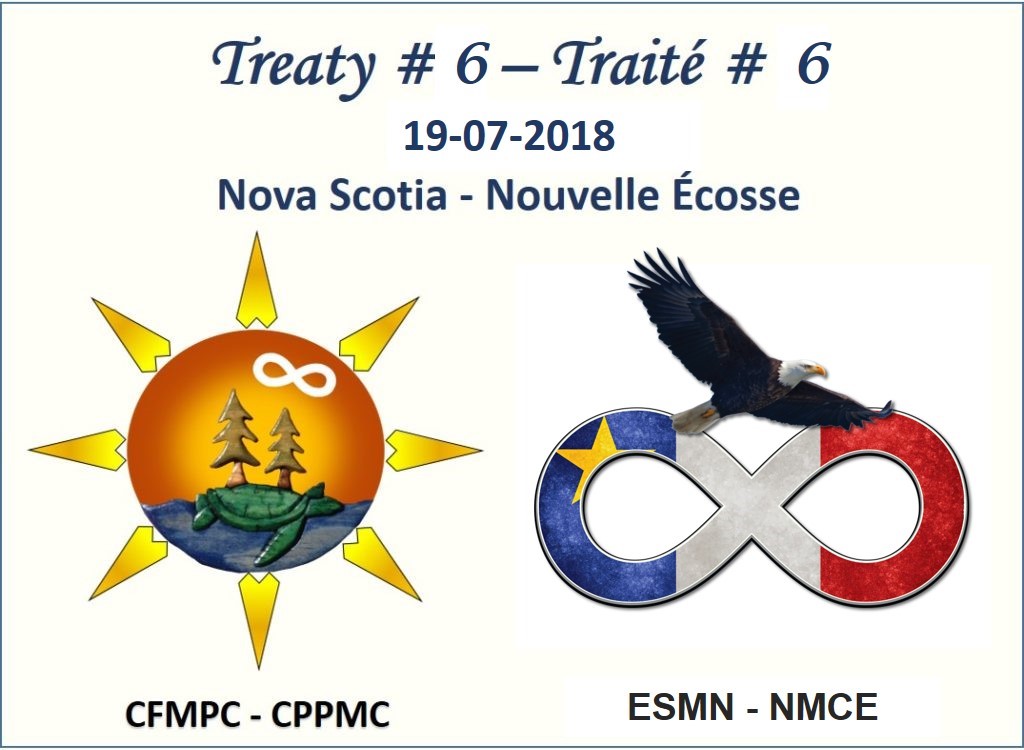 The Council of the First Métis People of Canada (CFMPC) and the Métis Nation of the East Coast (MNEC) proudly announce the signing of a partnership treaty. Chef Karole Dumont and Chef Della Spears Horne will be pleased to work with all of their other treaty partners for the well-being of all Métis Roots people in Eastern Canada. The Métis Nation of the East Coast is the 6th Métis organization to sign a treaty with the CFMPC. On behalf of the entire CFMPC community: Welcome! 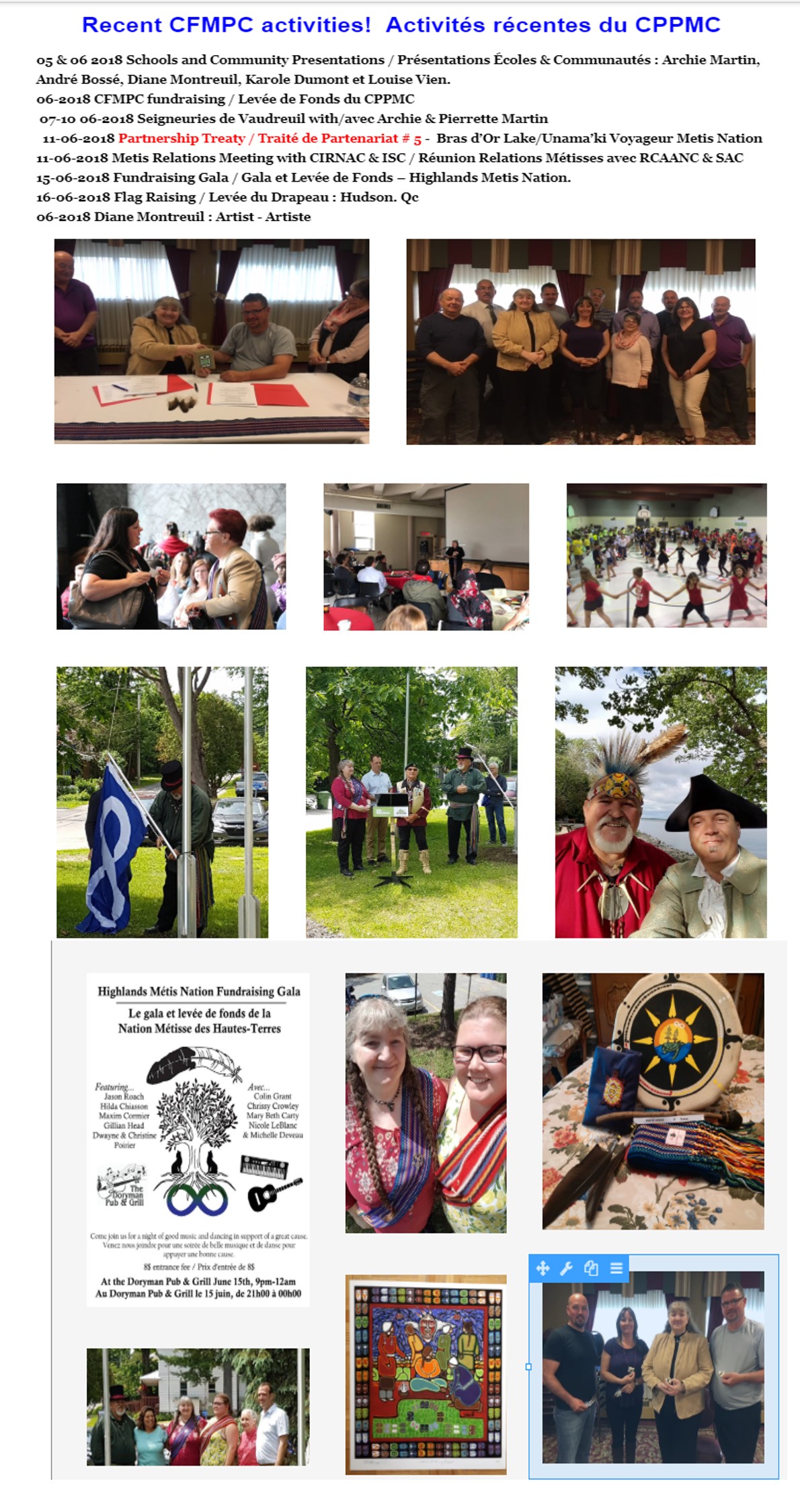 MEETING BETWEEN THE CFMPC & CNSC

Nov. 2017 - The CFMPC Executive met with the Canada Nuclear Safety Commission to discuss the storage of nuclear waste close to the Ottawa River in Chalk River, Ont. The CFMPC opposes the location and will work closely with the CNSC to conduct community consultations with the Metis in the Outaouais area, and to participate in the discussion regarding a safe waste containment location.

Ottawa, Nov. 2017 - A cold but sunny day on this remembrance day in Ottawa. Our Elder and veteran Donald M Fowler and I, accompanied by Daniel Gilbeau and J.P. Riendeau had the honour of depositing two wreaths, one for the CFMPC Metis Veterans, and one for the CFMPC. Afterwards, Mr. Fowler and Mrs. Dumont met the Honourable Geoff Regan, Speaker of the House of Commons, and the Honourable George Furey, Speaker of the Senate of Canada.....  More info on the a WARRIORS & VETERANS  page.

CFMPC Chief Dumont, and Rickey Harris, Highlands Metis Nation's Captain of the Hunt, were among various Metis representatives meeting the Nova Scotia government leaders and the Hon. Kevin Murphy, Speaker of the House, at the House of Commons in Halifax on October 12. During the questions period, Premier McNeil responded to the Hon. Chris d'Entremont, MLA, that he would be willing to meet the Metis groups. Rickey and I were pleased to have a chance to chat in the Parliament’s Library with Mr. d'Entremont, the Hon. Jamie Bailie, Leader of the Opposition, and various MLAs. Thank you all and the security agents for a warm welcome! 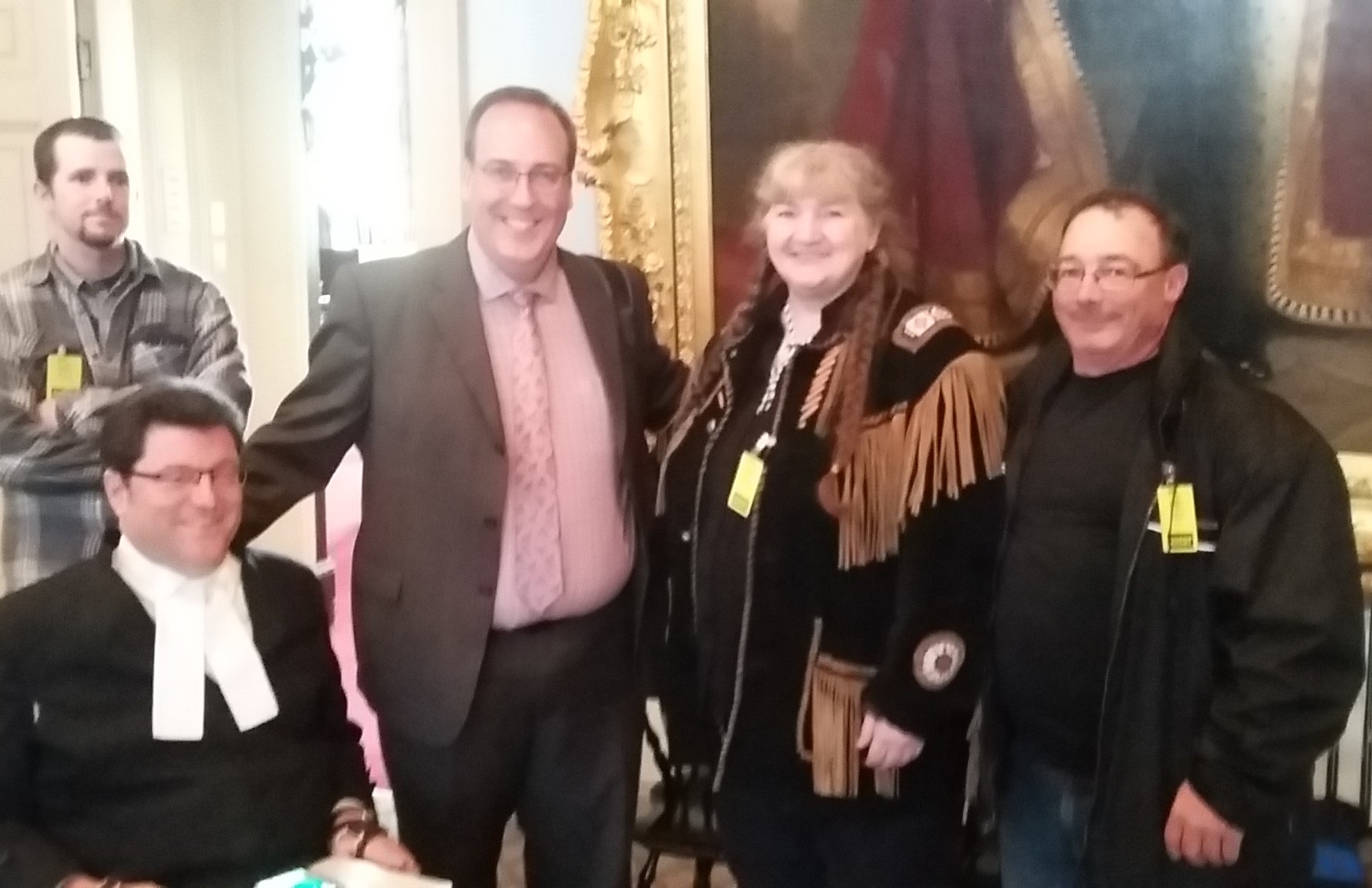 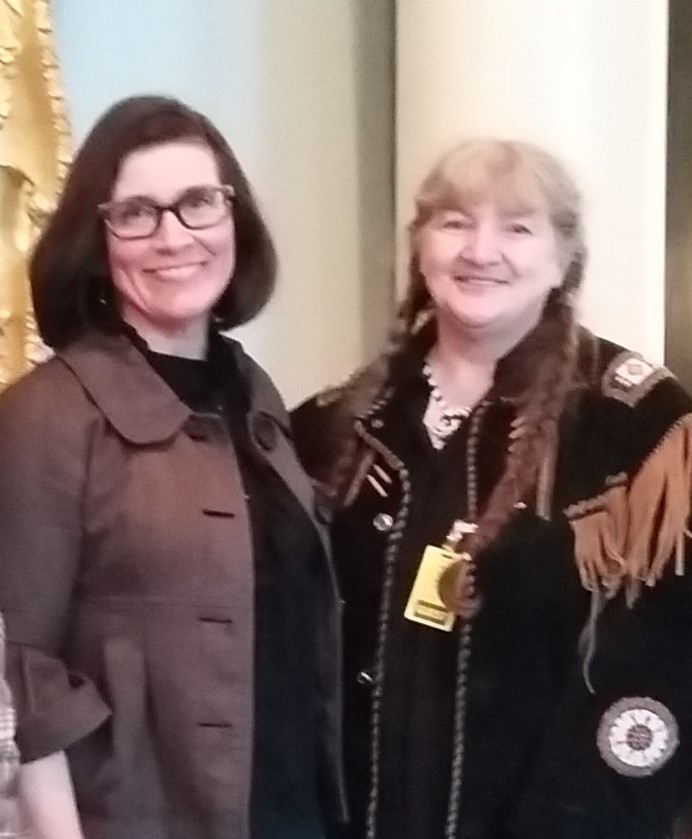 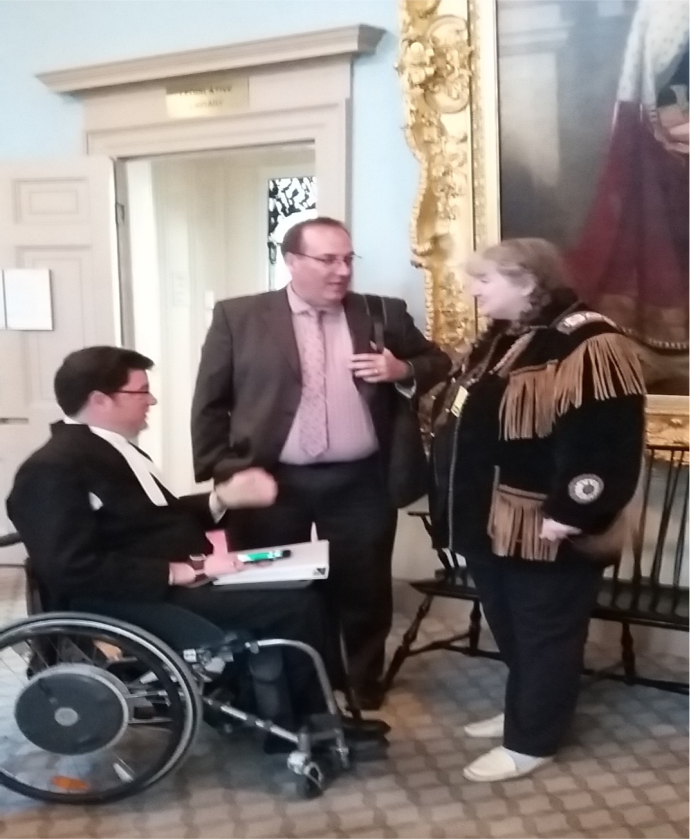 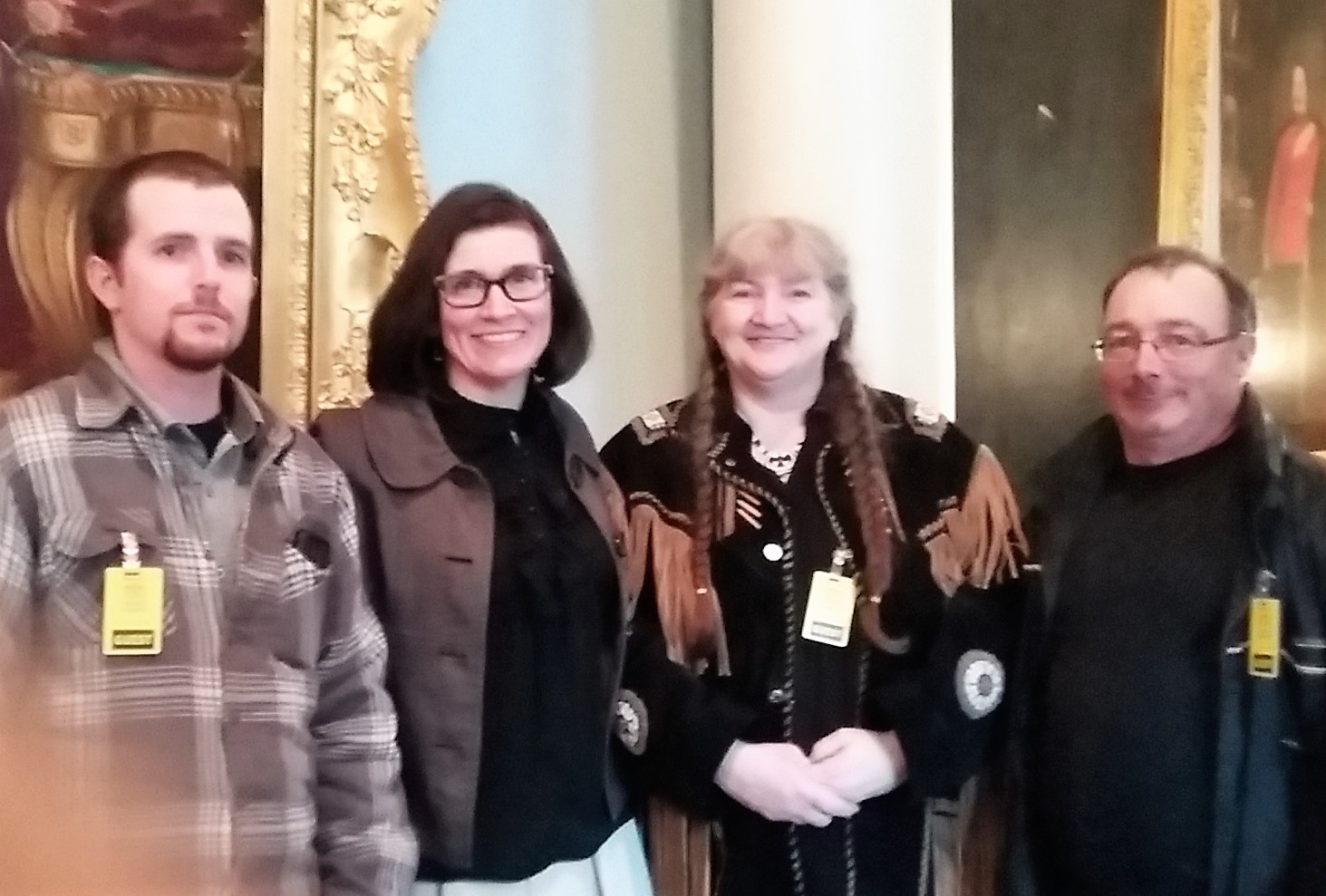 The CFMPC is very happy and proud to welcome the Highlands Metis Nation into its rapidly growing family. Together, we will work relentlessly to ensure that our members access the programs and services specifics to Aboriginal peoples..... More info on TREATY #4 page.

On April 22nd, Chief Dumont and Deputy-Chief Martin travelled to Sept-Iles, Qc to sign a treaty with the Association Métis Cote Nord, Community de Mingan. This third treaty reinforces the bond between the Council of the First Metis People of Canada and regional Metis organisations that are determined to make a difference in their people’s lives, while asserting our identity, culture, traditions and our inherent rights.... More info on the TREATY #3 page.

On April 9th, 2017, Chiefs Karole Dumont & Gaétan Gauthier signed a partnership treaty between the Council of the First Metis People of Canada and the French River Metis Tribe. This was a very special day, not only because it was the 100th anniversary of Vim Ridge,  which allowed us to reflect and thank our Métis soldiers who sacrificed their lives and now rest in this distant land, but also because it represents the fulfillment of a lifelong dream of bringing Metis organizations together to preserve our identity, our culture and our history.... More info on the TREATY #2 page. 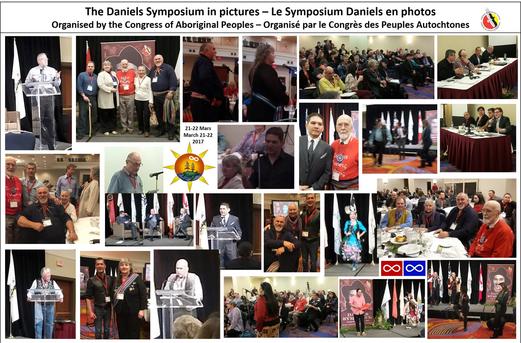 Chiefs Karole Dumont & George Lebel signed the first partnership treaty between the Council of the First Metis People of Canada and the Wik-Wam-Sŭn-Ŏté Aboriginal Community. This historical treaty is the first of many the CFMPC is currently negotiating with Metis organisations that trace their Indigenous roots to the first Metis peoples in Canada.... More info on the TREATY  #1 page.

February 2017 -  Metting between the CFMPC and Indigenous and Northern Affairs Canada (INAC). - Happy to report a positive and constructive first meeting with INAC today, which our Lead Elder, Donald M. Fowler, opened and closed with a prayer. We look forward to an effective working relationship to ensure the well-being of our Metis People.

Nov. 2017: Incorporation of Council of the First Metis People of Canada (CFMPC).

Oct. 2017: Founding members meetings and birth of the Council of the First Metis People of Canada!