What a pleasure our 2nd CFMPC Rendez-vous (AGA) was, this time at the gateway to historic Quebec City. Many members came from as far away as Toronto, Cobalt, Ottawa, Oshawa, Cheticamp, Rigaud, Edmundston, and other Métis communities in Eastern Canada. Significant decisions were made by consensus, and we had the honor of approving three important new appointments to the CFMPC:

A resolution to hold the Rendez-vous every two years (even years) to accommodate the holding of elections every two years (odd years) was unanimously ratified. The next Rendez-vous will be held in 2020 in Ontario. Partial elections will be held in 2019 and 2021. The financial reports have been ratified unanimously. Following the administrative reports, the assembly had the opportunity to discuss the strategy for the assertion of our rights and the strategy for natural resources management (hunting, fishing, gathering of medicine, firewood, etc.)

The Rendez-vous was also an opportunity for our participants and KAO campers to take part in cultural events and demonstrations, and songs / stories around the campfire. The closing of the Rendez-vous was followed by three special ceremonies to welcome our new babies; remembering our departed; and the first aboriginal name of one of our members. Eagle feathers were presented to honor those who devote themselves wholeheartedly to the Métis of the East. Chef Roach has also presented specially hand-carved wooden eagle feathers to honor those who are dedicated to the Métis community.

A huge heartfelt thank you to all those who made our 2nd AGA a special event, and who have laid out a clear direction for the next two years, which will be even more active and productive than the first two! 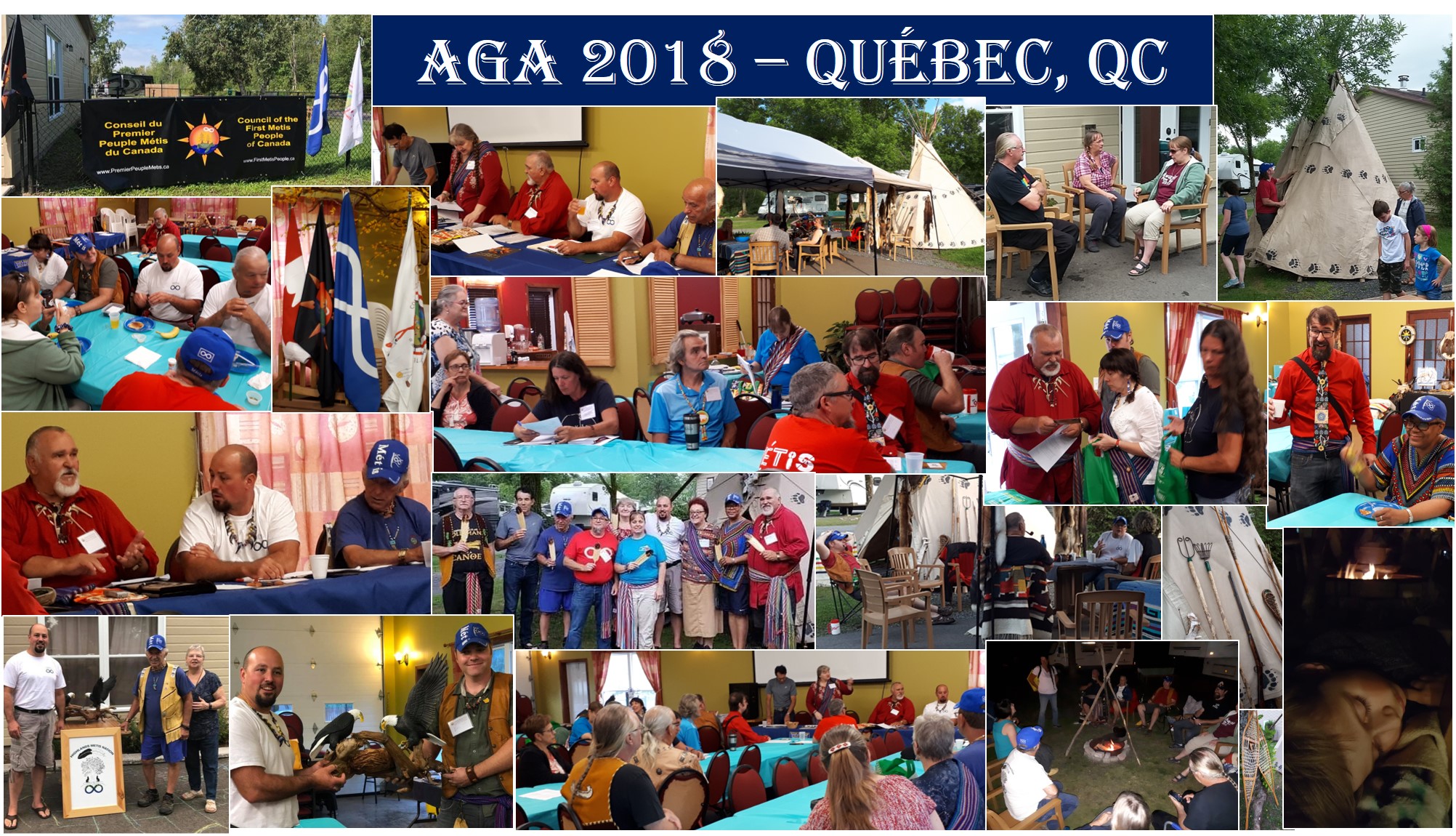 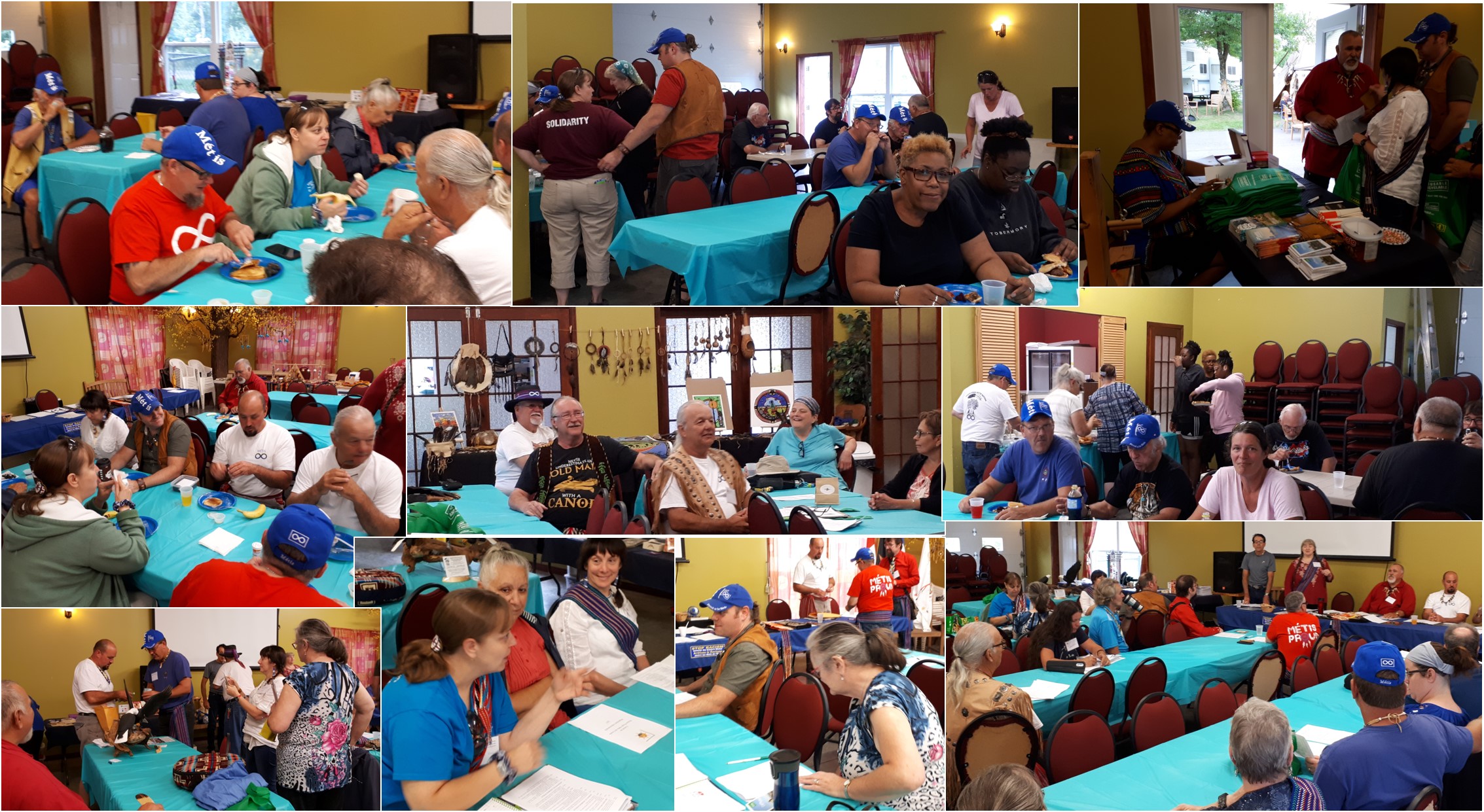 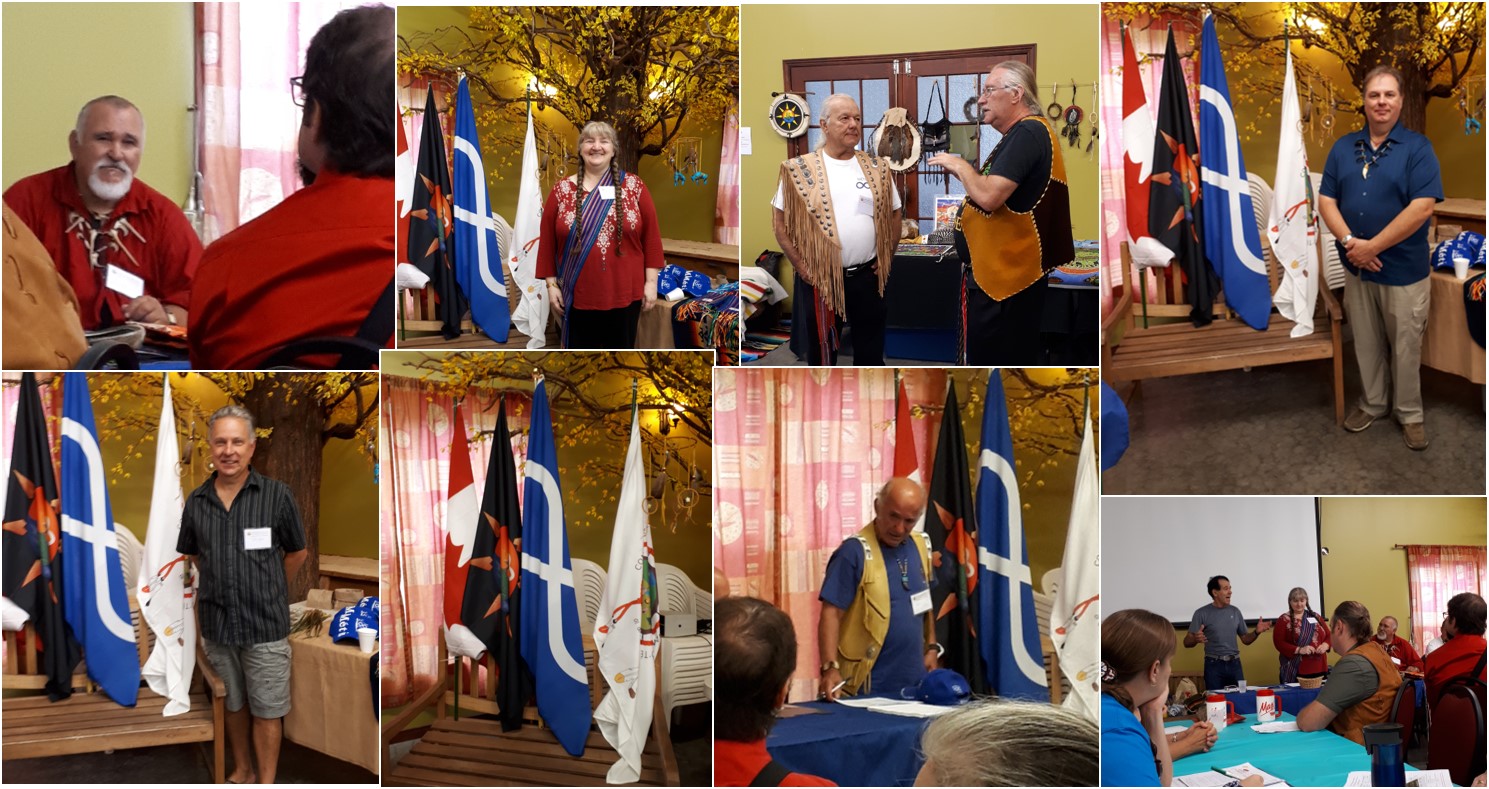 Draw of the sculpture by the Highlands Metis Nation (NS)
Winner : Éric Charbonneau 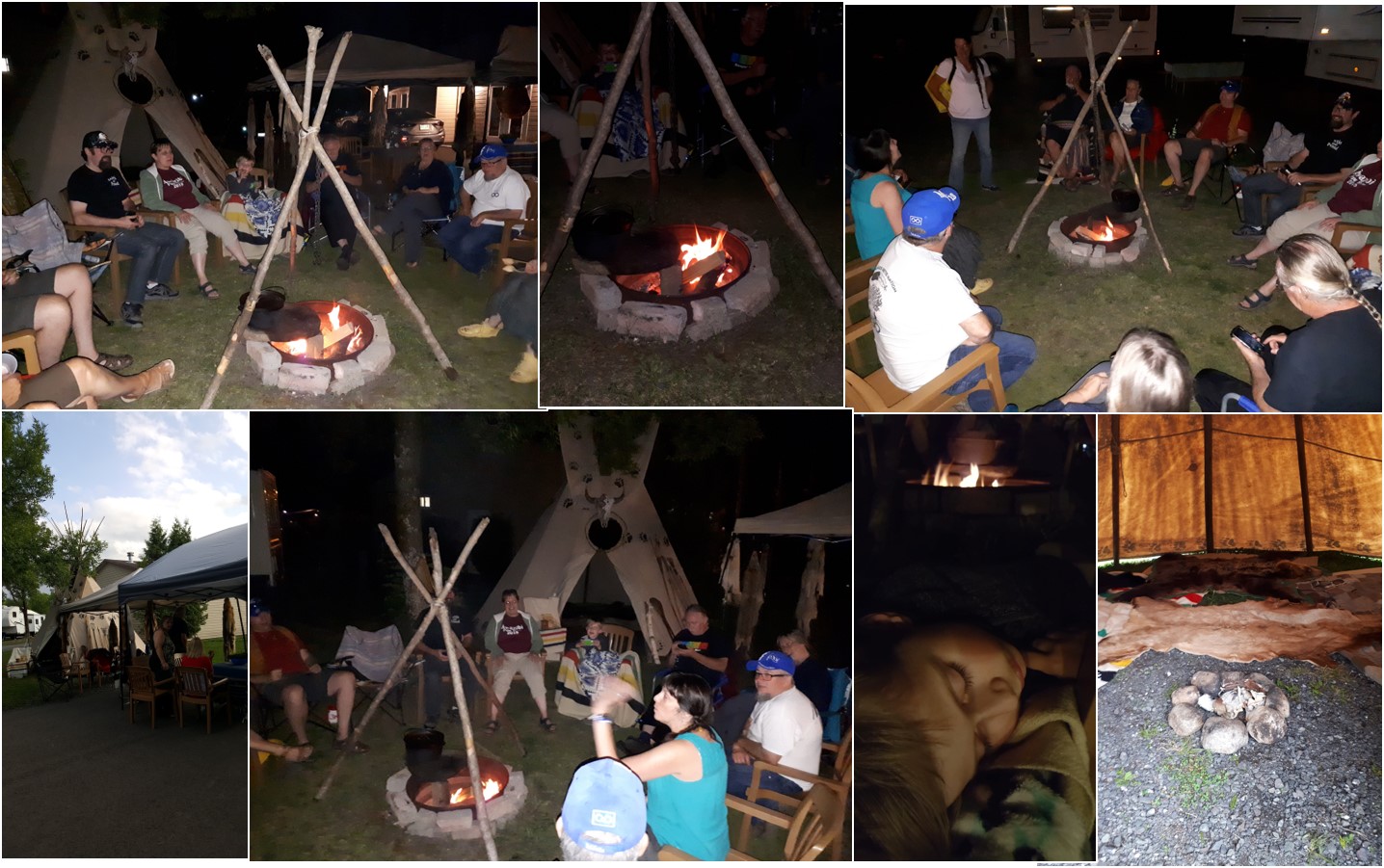 Even Mother Nature cooperated for the CFMPC’s first general assembly! The two days were well filled with business meetings, a silent auction, traditional and cultural ceremonies, recognition of special achievements, cultural and artistic demonstrations, discussions, conversations, and delicious meals. The generous donations of 2 CFMPC flags and a screened 15ft “Mess Hall” canopy from Lead Elder Donald Fowler, and of a 10ft vinyl banner from Mario Lefrenière, ensured a visible presence throughout the weekend and future events as well.

With a newly elected Board of Directors, a quorum of members ratified the Constitution and the By-Laws of the Council unanimously. It was a pleasure for all to meet Liberal MP René Arseneault during the Canada Day celebration hosted by the Wik Wam Sun Oté Community, whose leaders and members provided the warmest welcome imaginable to all our members and guests during the entire weekend. We can never thank George and Guilda LeBel, and their team of dedicated workers enough for contributing so largely to our successful first general assembly! By the same token, we cannot thank all those enough who donated generously towards this success.

With a strong mandate from our members and Treaty Partners, and four solid governance instruments, the CFMPC can now take its place among the leading Métis organisations in Canada, and start redressing the wrongs that were done to the eastern Métis since first contact. We strongly feel that our youth should have just and equitable access to Aboriginal bursaries and prizes for their education, that our elderly and ill-stricken members have access to home-care and affordable housing, that our families can benefit from social programs and services for a healthy growth, and that our hunters and gatherers can feed their families traditionally without having to fear prosecution for exercising their Aboriginal rights.

As we move forward, we look forward to meeting with various members of the government, to signing additional treaty partnerships with Métis organisations who share our vision, and to establishing friendship treaties with our First Nations relatives. While the work ahead is enormous, it is equaled by the dedication, professionalism, and generosity of the Council leaders, our members, and by the will of the people to end the injustices committed against the eastern Métis in Canada.

We look to the future with optimism and confidence that we are walking the right path.

View the rest of the 2017 Rendez-vous photo on YouTude
https://www.youtube.com/watch?v=codyQcHqrJ4&feature=youtu.be