MÉTIS NATION of CANADA: By the People for the People

A DREAM COME TRUE AT LAST!

It is such a sweet moment when a longtime dream comes true. The Métis Nation of Canada proudly announces the MNOC's Community Care Foundation to assist our elderly citizens facing hardship and our students with school supplies and uniforms. During our December-long Art & Culture Exhibit, all net proceeds from the sales of donated handmade merchandise and Métis merchandise will be donated to our new foundation. The more we collect the more we can help! 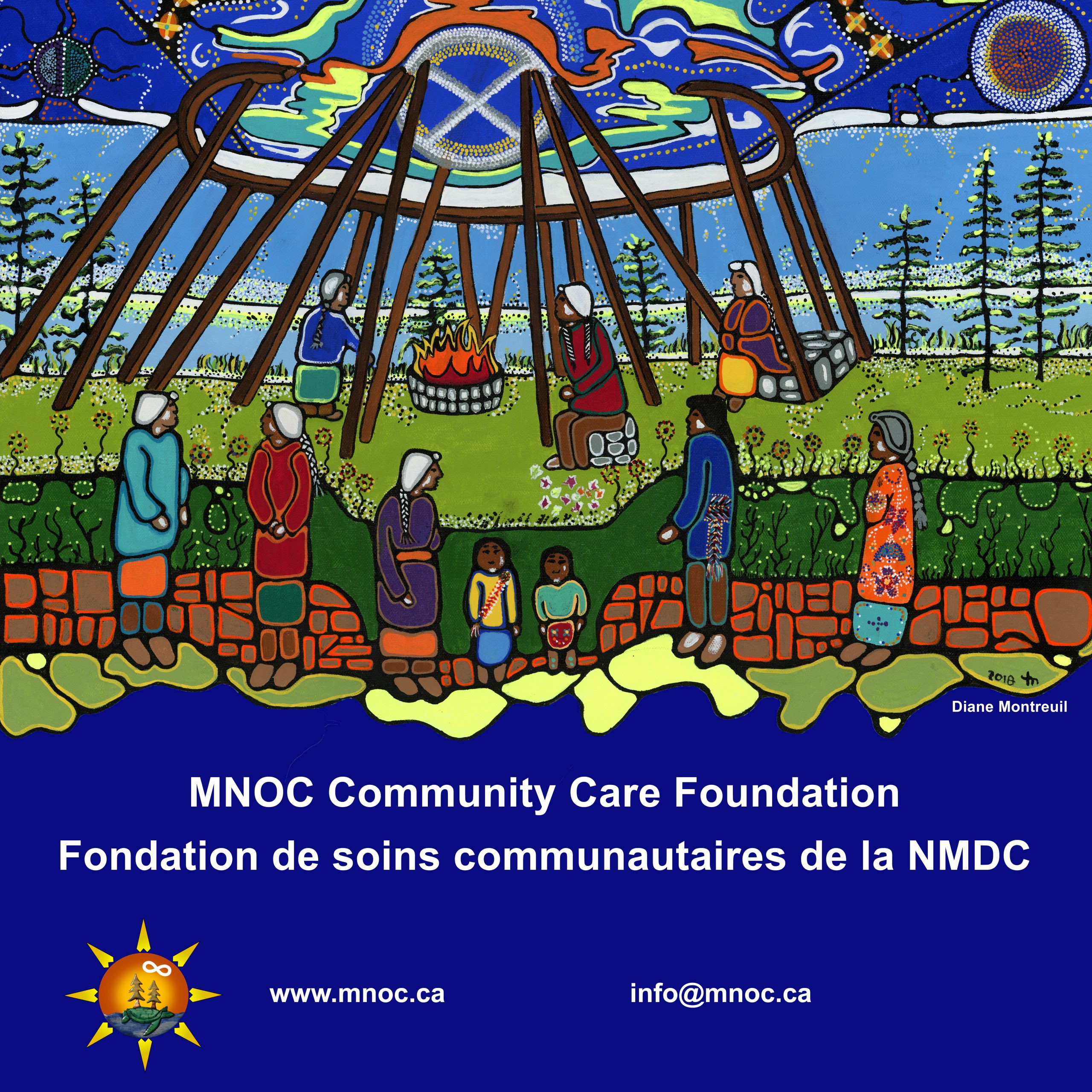 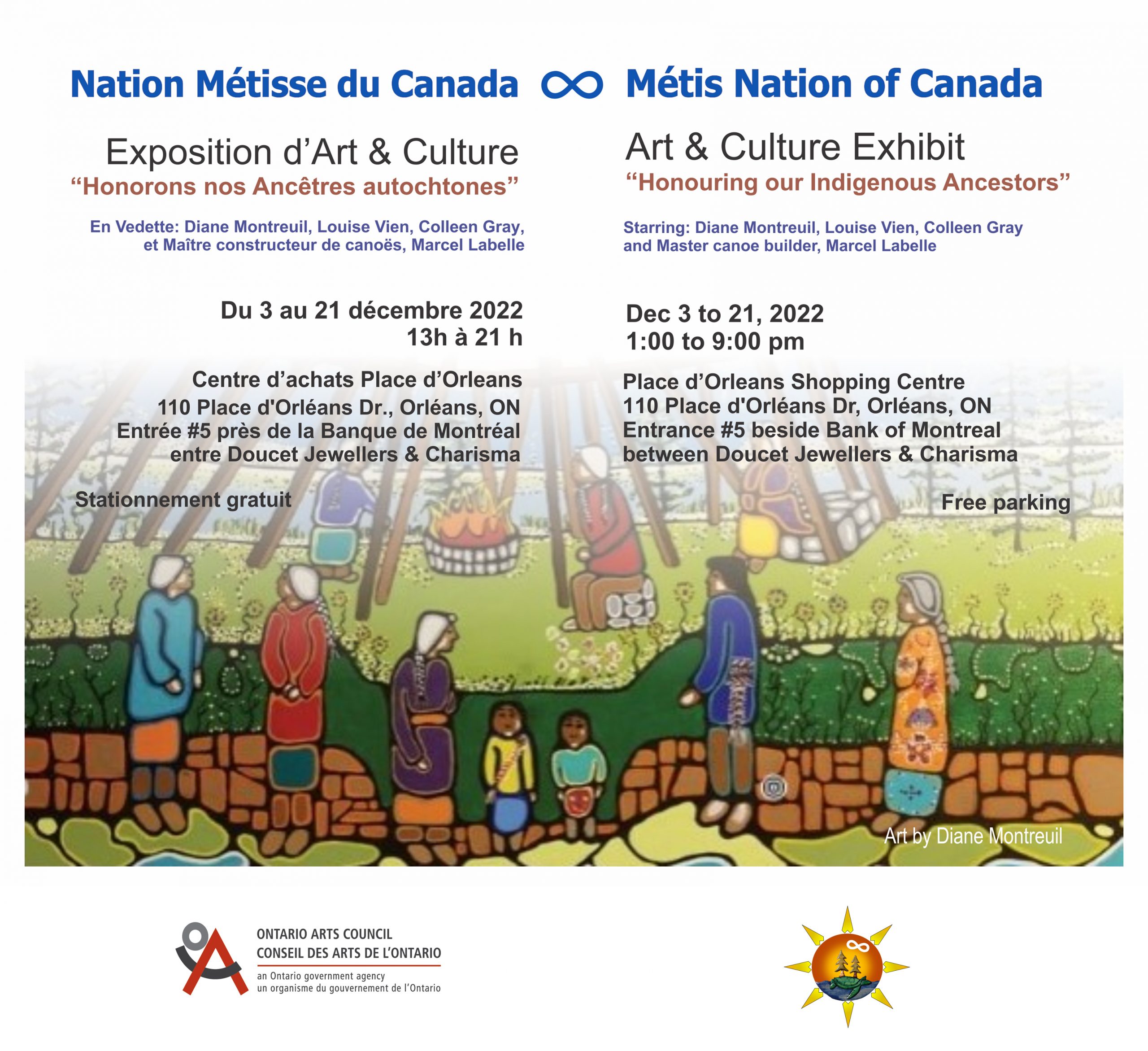 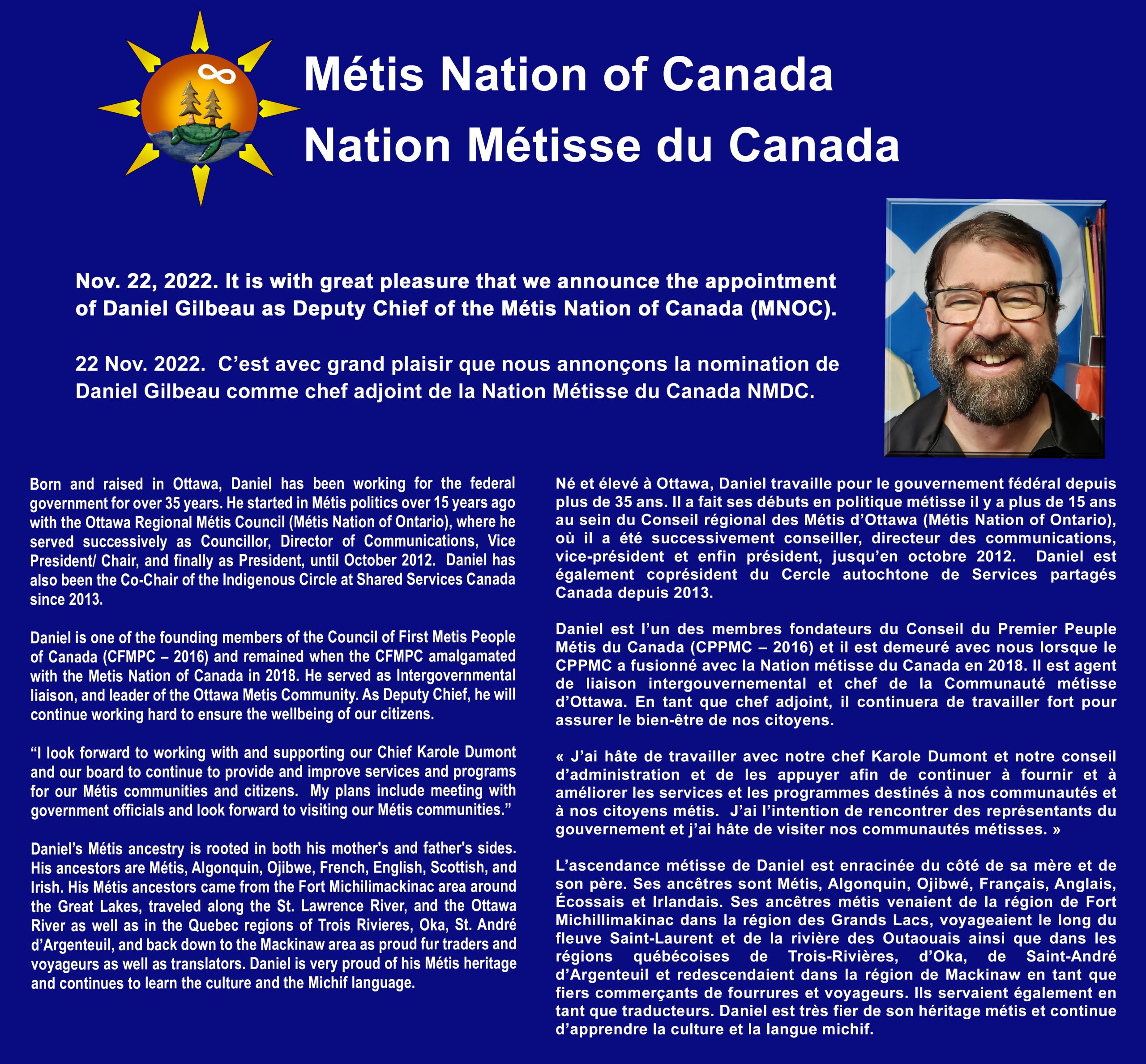 WHO WE ARE - WHAT WE WANT

The Métis Nation of Canada was incorporated in 2009 and partnered with the Council of the First Métis People of Canada in 2018. Our governance structure and instruments ensure that leadership and representation of our citizens meet the highest standards of integrity, honesty, accountability, and transparency. Anything less is unacceptable in our eyes. Our leaders are professionals from various business, public, private, and government sectors, with decades of practical experience and specialized skills. They continue dedicating countless hours of volunteer services to their communities and Canada's Métis Nation.

The MNOC promotes unity among legitimate Métis organisations and communities across Canada through partnership treaties. The MNOC seeks recognition for its citizens for the same reason other Canadian Métis do: the freedom to claim our true identity; to maintain our cultural and spiritual heritage; to exercise the right as an Indigenous person to access meaningful programs and services for our people, assistance with education and economic development, safe and affordable housing for our elderly and families, and health care for ailments specific to Indigenous peoples. We claim the right to continue providing food and medicines for our families in the traditional manner still practiced by many Métis, while ensuring sound management of our natural resources.

The MNOC's mandate is not to encroach on the rights and benefits of the First Nations, but to strengthen friendship and unity with our First Nations Relatives.

The Hub: The MNOC adopted the traditional Medicine Hoop as structure, with the MNOC Lead Council acting as the heart or voice for our Métis citizens, treaty partners and Métis communities. The hub is surrounded by two Circles, and divided into four sectors (Regional Councils): the Maritimes (CFMPC), Quebec, Ontario and Western Canada.

Middle Circle: The leaders of Circles and Societies ensure that ALL our citizens, partners and Métis communities are served and represented in a fair and equitable manner.

Outer Circle: The leader of each partnership treaty, alliances, and Métis community sit on the Lead Council and actively participate in decision-making and strategic leadership. They ensure that even the smallest communities are served in a fair and equitable way.

MNOC’s Gift of Unification to the Metis Peoples of Canada

On December 19, 2018 Bryce D. Fequet, founder of the Metis Nation of Canada (MNOC), gifted the organization’s letters of patent to Karole Dumont, Chief of the Council of First Metis People of Canada (CFMPC) in a ceremony blessed and guided by Elder, Herman Dan on the ancestral, unceded and shared territories of the Leq'á:mel, Matheqwí, Qwó:ltl'el and Sq'éwlets peoples in Mission, BC. On behalf of the CFMPC, Chief Dumont humbly accepted this challenge and looks forward to this journey of unification with our brothers and sisters across the land. 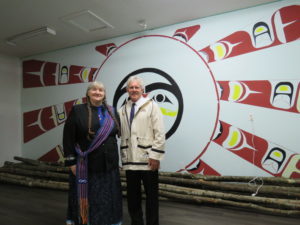 NOTICE : FRAUDULENT USE OF MÉTIS CARDS

In regard to allegations that some Métis use their citizenship card to avoid paying taxes on purchases. The Métis Nation of Canada (MNOC) and the Council of the First Métis  People of Canada (CFMPC) remind the public that this practice is illegal under the current law and is subject to our zero-tolerance policy for fraudulent use of our cards. Duly proven transgression may result in permanent loss of citizenship and all associated privileges.

We do not support organisations that claim Métis identity but do not register their members through a strict registry process; that are not incorporated or registered in their provinces; and do not adhere to strict accountability and transparency policies. The MNOC & CFMPC work actively towards recognition of our s.35 rights and do not condone actions that would jeopardize our progress. The CFMPC leaders stood at the 2017 Daniels Symposium in Ottawa to speak out against charlatans, fraudulent organisations, and abusers of Métis cards.

We are ready and eager to work with the government, legitimate Métis groups, and also with First Nations to report fraudulent organisations and abuse of Métis and other Indigenous cards - and continue building on the friendship between our nations.

Your support and/or donation is greatly appreciated